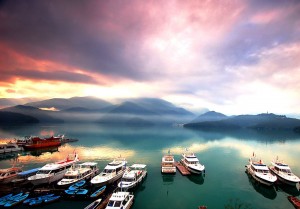 Nestled at 760 meters, this lake is famous for its clear, sparkling blue water set against a picturesque mountain backdrop. This is the largest lake in Taiwan and a traditional spot for newlywed couples to take their honeymoon. It has also been a center of aboriginal life for thousands of years, with aboriginal people involved in its tourist industry since the 1930s. 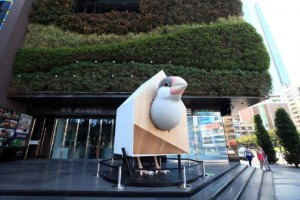 Calligraphy Greenway comes in 3.6 kilometers, ranging north from National Museum of Natural Science to National Taiwan Museum of Fine Arts in the south. It’s an urban space structure shaped in a kind of long and wide stripe. Along the stripped space, National Museum of Natural Science, Civil Square, Park Lane by CMP, gallery space, National Taiwan Museum of Fine Arts, and food court are gathered here to offer a variety of merry events, activities, etc., upbeat spirits, fun in all forms. That’s why this urban space is named Calligraphy Greenway owing to that the atmosphere, tempo, and movement of those events within it are free, flexible that’s just like the cursive writing of Chinese calligraphy. 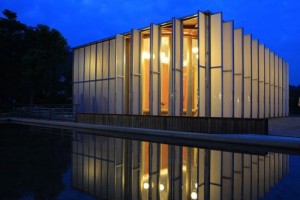 Taomi Village is a rural village situated in Puli Township, Nantou County, Taiwan along the route to Sun Moon Lake. Before 1999, the agricultural village was facing decline due to Taiwan’s rapid industrialization. During the Taiwan 921 earthquake, 70% of the small village was destroyed – 168 out of the 369 houses were completely destroyed, and 60 were partially destroyed. Instead of being absorbed in sorrow, the village turned crisis into an opportunity to not only re-construct, but also to re-brand the village. 10 years on, Taomi village pride itself as an eco-village, with Paper Dome as the centerpiece. The Paper Dome originated in Japan, and is the embodiment of the love and mutual assistance between Taiwan and Japan community reconstruction experience sharing in addition to being the heart of Taomi Village.